18 pages matching correlational in this book

Shelley E. Taylor is professor of psychology at the University of California, Los Angeles. Dr. Taylor received her B.A. in psychology from Connecticut College and her Ph.D. in social psychology from Yale University. She taught at Harvard University until 1979, when she joined the faculty at UCLA. She has won a number of awards for her work, including the Donald Campbell Award for Distinguished Scientific Contribution to Social Psychology, the Outstanding Scientific Contribution Award in Health Psychology, the Distinguished Scientist Award from the American Psychological Association, and the William James Fellow Award from the American Psychological Society. She has served on the editorial boards of many journals. Her other books include Social Cognition (with Susan T. Fiske), Health Psychology, Positive Illusions, and The Tending Instinct. She has published numerous articles and book chapters in social cognition, health psychology, and social neuroscience.

Letitia Anne Peplau is professor of psychology at the University of California, Los Angeles. Dr. Peplau received her B.A. in psychology from Brown University and her Ph.D. in social psychology from Harvard University. Since 1973, she has taught at UCLA, where she has served as chair of the social psychology program and co-director of the Center for the Study of Women. She was elected president of the International Society for the Study of Personal Relationships and received the Distinguished Scientific Achievement Award from the Society for the Scientific Study of Sexuality. Her other books include Loneliness: A Sourcebook of Current Theory, Research, and Therapy (edited with Daniel Perlman), Close Relationships (with Harold H. Kelley et al.), and Gender, Culture, and Ethnicity (edited with Rose Veniegas et al.) She has published numerous articles and book chapters on such topics as loneliness, friendship, gender roles in heterosexual dating and marriage, the relationships of lesbians and gay men, and the development of sexual orientation.

David O. Sears is professor of psychology and political science, former dean of social sciences, and current director of the Institute for Social Science Research at the University of California, Los Angeles. Dr. Sears received his B.A. in history from Stanford University and his Ph.D. in psychology from Yale University. Since 1962, he has taught at UCLA. He has been elected a Fellow of the American Academy of Arts and Sciences, president of the Society for the Advancement of Socio-Economics, and president of the International Society of Political Psychology. His other books include Public Opinion (with Robert E. Lane), The Politics of Violence: The New Urban Blacks and the Watts Riot (with John B. McConahay), Tax Revolt: Something for Nothing in California (with Jack Citrin), Political Cognition (edited with Richard R. Lau), Racialized Politics: The Debate About Racism in America (edited with Jim Sidanius and Lawrence Bobo), and the Oxford Handbook of Political Psychology (edited with Leonie Huddy and Robert Jervis). He has published articles and book chapters on a wide variety of topics, including attitude change, mass communications, ghetto riots, political socialization, voting behavior, racism in politics, and the politics of multiculturalism. 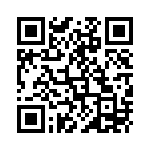