21 pages matching Carmichael in this book

Just okay beach/vacation read set in NYC and about the politics of a large police force. Definitely not one of my favorite authors, but okay plot. Read full review

Man with a gun

New York Times bestselling author Robert Daley is a native New Yorker who has written more than twenty books. His numerous experiences have found there way into his writing. He served in the Air Force, worked as publicity director for the New York Giants football team, spent six years as a European sports correspondent for The New York Times, and became the NYPD deputy police commissioner in charge of public affairs from 1971-1972. Since then, he has become a full-time writer. He and his French-born wife keep homes in Connecticut and Nice. 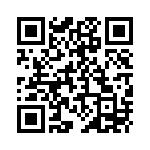