RICHARD STITES is Professor of History at Georgetown University and author of The Women's Liberation Movement in Russia; Revolutionary Dreams: Utopian Vision and Social Experiment in the Russian Revolution; and Russian Popular Culture. 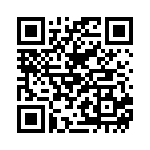