Bernard Faure is George Edwin Burnell Professor of Religious Studies at Stanford University. He is the author of Visions of Power, The Red Thread, Chan Insights and Oversights, and The Rhetoric of Immediacy, (all Princeton). 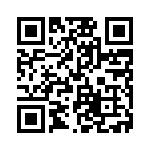