In this significant work the author studies the interaction between American Protestant missionaries and Orthodox Christian Arabs mainly through the prism of a couple of well documented historical ... Read full review

Artillery of heaven: American missionaries and the failed conversion of the Middle East

Makdisi (history, Rice Univ.; The Culture of Sectarianism) presents a simple but remarkable story of the first Protestant missionaries to the Middle East and of the life and death of their Lebanese ... Read full review

Ussama Makdisi is Professor of History and first holder of the Arab-American Educational Foundation Chair of Arab Studies at Rice University. He is the author of The Culture of Sectarianism and coeditor of Memory and Violence in the Middle East and North Africa. 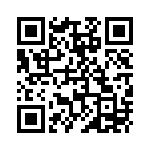