Closer to 3.5 stars... Lopate, who was an acquaintance of Sontag's and apparently a well-known essayist himself (this is my first exposure to his work), has written a somewhat informal collection of ... Read full review

Phillip Lopate is the author of many books, including the essay collections Getting Personal (Basic), Against Joie de Vivre (Simon & Schuster), Portrait of My Body (Doubleday), and Bachelorhood (Little, Brown), as well as the anthology, The Art of the Personal Essay (Doubleday). Among his other books is Waterfront: A Walk around Manhattan (Crown). He teaches writing at Columbia University, and lives in Brooklyn, New York. 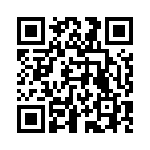