if abu katasa set free islamic country , as i thought would happen , terrorist planning will be on cards
as uk deported him and appearences can be deceptive , uk didfent thonk once freed , hed be able change terrer profile , so defence mechanisums for great britian need be in place now , ihe is a osma bin laden dictater for uk could cause 911 attack in uk from jahidists as well

Shaul Shay served twenty-seven years in the Israel Defense Forces as a paratrooper officer and in military intelligence, and also served as head of the Israel Defense Forces Military History Department for seven years. Currently, he is senior research fellow of the International Policy Institute for Counter-Terrorism (ICT) at the Interdisciplinary Center Hereliya (IDC), Israel. His many books include Islamic Terror Abductions in the Middle East andThe Axis of Evil: Iran, Hiballah, and the Palestinian Terror. 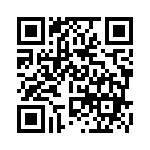