Page 34 - ... distinction of being the oldest public building in the US. Its period rooms and exhibitions of life in New Mexico during the Colonial Period are unique. Also included in the Museum is the Museum of Indian Arts and culture and the Museum of International Folk Art. The new Georgia O'Keeffe Museum is America's first museum dedicated to the work of a woman artist of international stature. Although it is a private, non-profit museum, it is in close partnership with the Museum of New Mexico. It is...
Appears in 7 books from 1997-2005
Page 34 - O'Keeffe visited New Mexico in 1917 and moved here permanently in 1949, settling in an old adobe home in the small village of Abiquiu. She lived there, inspired by the landscape and the light, for nearly 40 years before moving to Santa Fe a few years before her death in 1986 at age 98. The Georgia O'Keeffe Museum houses the world's largest permanent collection of O'Keeffe's work, including many pieces the artist kept for herself that have never been exhibited previously.
Appears in 3 books from 2005
More
Page 26 - Cathedral begins. 1874— Workers lay the foundations for Loretto Chapel. 1879— Governor Lew Wallace writes a portion of Ben Hur in the Palace of the Governors. 1880— The Atchison, Topeka & Santa Fe Railroad arrives in Santa Fe over a spur line from the main station in Lamy. Travel along the Santa Fe Trail dies away.
Appears in 3 books from 1969-2005
Page 25 - The first wagons roll into the Santa Fe Plaza over the Santa Fe Trail, leading the way for millions of dollars of trade goods and new ideas and cultural influences in Santa Fe. 1833— •The first gold mines west of the Mississippi open in the Ortiz Mountains between Santa Fe and Albuquerque.
Appears in 2 books from 2005
Page 25 - Charles Bent is assassinated in Taos. US forces quell the rebellion in an attack that seriously damages the mission church at Taos Pueblo. 1848— The Treaty of Guadalupe Hidalgo is signed. Mexico cedes New Mexico to the United States. 1850— New Mexico becomes a US territory. 1851— Santa Fe became the territorial capital and is incorporated as a city.
Appears in 2 books from 2005
Page 25 - Louis and returns the following year, making the first complete journey over what was to be known as the Santa Fe Trail. 1807— American explorer Zebulon Pike and his party are arrested as intruders in Spanish New Mexico. The Spanish government institutes measures to restrict American influence in New Spain, including Santa Fe.
Appears in 3 books from 1996-2005
Less

Anne Hillerman, daughter of author Tony Hillerman, is a journalist and author. In more than twenty years as a journalist, she worked as editorial page editor for the Albuquerque Journal North and the Santa Fe New Mexican, and as an arts editor for both papers. Since 2001, she has been the Northern New Mexico food critic for the Albuquerque Journal. Her first book, Children's Guide to Santa Fe, was published in 1983. Her other nonfiction books include The Insiders' Guide to Santa Fe, Gardens of Santa Fe, Done in the Sun, Ride the Wind: U.S.A. to Africa, and Tony Hillerman's Landscape: On the Road with Chee and Leaphorn. Santa Fe Flavors: Best Restaurants and Recipes won the New Mexico Book Award for Best Cookbook of 2009. Her debut novel, Spider Woman's Daughter: A Leaphorn and Chee Novel, was published in 2013. Her title's Rock with Wings and Song of the Lion made The New York Times Best Seller List. 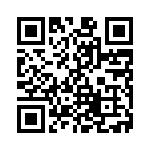