I fully endorse the earlier reviewer's comments which were "this is a mixture of useful and interesting information, liberally sprinkled with new errors and old chestnuts. It certainly fills an important gap, but needs to be sampled with caution. Dowsett-Lemaire, Aug 2011."
In the section on George Cansdale it states "he was extremely unpopular with his staff" when he was in charge of the London Zoological Gardens (London Zoo.) There is an element of truth in this statement because when he arrived at the Zoo in 1948 he discovered theft and corruption on a grand scale. This included the theft (by some keepers) of food intended for the animals, the breeding of cockroaches on a commercial scale by staff in the Reptile House (to sell to schools and university for dissection). The best money making scam was on the turnstiles at gates which enabled those involved with the practice to steal significant sums of money.
His popularity as a television presenter "The Zoo Man" and his Christian faith irritated senior members of the Zoo who abolished his post in 1953. The staff whose activities he had exposed were delighted but his dismissal caused a scandal and public outrage.
The book also omitted Mrs.Cansdale's Bat which was also named after him.
A most interesting read, but not everything you read in print is necessarily the whole truth.

As with the companion volume concerning birds (Beolens & Watkins, 2003) this is a mixture of useful and interesting information, liberally sprinkled with new errors and old chestnuts. It certainly fills an important gap, but needs to be sampled with caution. Dowsett-Lemaire, Aug 2011.

Bo Beolens and Michael Watkins are the coauthors of the eponym dictionary Whose Bird? Michael Grayson worked for many years at the British Library in London and is a Fellow of the Zoological Society of London. 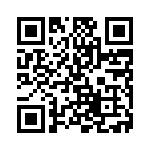