Kreimeier, former cultural editor of the German magazine Der Spiegel, traces the history of the film company that is synonymous with the golden era of German film. Ufa, the Universum Film ... Read full review

Under the auspices of the Universum-Film AG (Ufa) film company, German cinema of the Twenties and early Thirties reached a high level of technical excellence and creativity. Hitler and propaganda ... Read full review

Klaus Kreimeier was cultural editor for Der Spiegel and has taught at the German Film and Television Academy. A freelance journalist, he lives in Berlin. 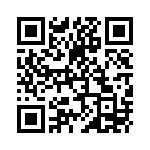