SHULAMIT REINHARZ is the founding Director of the Hadassah-Brandeis Institute, Jacob Potofsky Professor of Sociology, Brandeis University, and General Editor for the Brandeis Series on Jewish Women. MARK A. RAIDER is Associate Professor of Modern Jewish History, Chair of the Judaic Studies Department, and Director of the Center for Jewish Studies, University of Albany. He is co-editor of The Plough Woman (UPNE/Brandeis, 2002) and the author of The Emergence of American Zionism (1998). 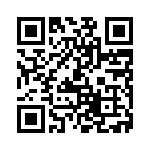