This book is a compelling but truly terrifying account of U.S. nuclear plans and policies from the Manhattan Project to the present. Why terrifying? Because it is a thoroughly-documented history of ... Read full review

The Doomsday Machine: Confessions of a Nuclear War Planner

Before he researched the background of the Vietnam conflict, ex-marine Ellsberg (Secrets) analyzed nuclear warfare decision-making for the RAND Corporation and the Pentagon. He would go on to leak the ... Read full review

In 1961, Daniel Ellsberg, a consultant to the White House, drafted Secretary Robert McNamara's plans for nuclear war. Later he leaked the Pentagon Papers. A senior fellow of the Nuclear Age Peace Foundation, he is the author of Secrets and the subject of the Oscar-nominated documentary The Most Dangerous Man in America. He is also a key figure in Steven Spielberg's film about the Pentagon Papers, The Post, and the winner of the Olof Palme Prize for profound humanism and exceptional moral courage. He lives in Kensington, California, with his wife, Patricia. 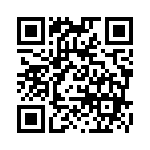