The author grew up in Lansing, Michigan, and resides in East Lansing with his wife, Donna. He is a rare book dealer and amateur historian. He began his professional career as the Director of a state government agency. At the same time, he served on numerous boards and commissions as an active member. As Director, he was an advisor to Governors and Legislative leaders on matters pertaining to public policy. He also served for several years on an advisory committee to the chief administrator of the Michigan Supreme Court and was appointed the Chair of a public utility research funding committee by the Chairman of the Public Service Commission. During this period, he also taught as an adjunct instructor on consumer law and politics at Eastern Michigan University and at a local Community College. After his governmental career, he founded Claverhouse Associates, a national performance auditing firm that conducts federal and state arbitration audits. He has been the President and Senior auditor for twenty five years. 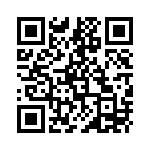