CORWIN E. SMIDT is a professor of political science and director of the Paul B. Henry Institute for the Study of Christianity and Politics at Calvin College in Grand Rapids, Michigan. He is the coauthor and editor of numerous books including The Bully Pulpit: The Politics of Protestant Clergy, Religion and The Culture Wars: Dispatches from the Field, and the forthcoming The New Religious Order in American Politics. 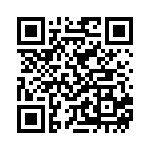