On Easter Sunday, 1873, white Democrats massacred roughly eighty blacks at a county courthouse in Louisiana. This is a detailed story of the massacre and its aftermath, which involved white resistance ... Read full review

THE DAY FREEDOM DIED: The Colfax Massacre, the Supreme Court, and the Betrayal of Reconstruction

Washington Post writer Lane tackles the horrific Reconstruction era in this well-considered study of a Louisiana massacre and its grim ramifications for civil rights.By 1873, the Southern states were ... Read full review

Charles Lane discovered the Colfax Massacre case while covering the Supreme Court for The Washington Post. His journalism career has taken him from Washington to Tokyo, Berlin to Bosnia, Havana to Johannesburg. A former editor of The New Republic, Lane has written for Foreign Affairs, The New York Review of Books, and The Atlantic. He graduated Phi Beta Kappa from Harvard and studied law at Yale. He lives in the Washington, D.C., area. 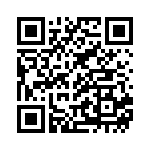