Page 4 - A social process in which the constraints of geography on social and cultural arrangements recede and in which people become increasingly aware that they are receding.
Appears in 126 books from 1996-2007
Page 7 - Definitionsvorschlag aufgenommen: „globalization can be thought of as a process (or set of processes) which embodies a transformation in the spatial organization of social relations and transactions - assessed in terms of their extensity, intensity, velocity and impact - generating transcontinental or interregional flows and networks of activity, interaction, and the exercise of power
Appears in 84 books from 1969-2008
More
Page 264 - Matica" - prototype of Austro-Slav literary foundations: the first fifty years, 1826-76.
Appears in 8 books from 1945-2001
Less

VICTOR ROUDOMETOF is Visiting Assistant Professor of Sociology at Washington and Lee University in Virginia./e He has published widely on globalization, nationalism, and national minorities in the Balkans. He is the editor of The Macedonian Question: Culture, Historiography, Politics (2000), American Culture in Europe: Interdisciplinary Perspectives (Praeger, 1998), and co-editor of The New Balkans. 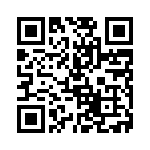