Jean Beaufret (1907-1982) was an important reader and translator of Martin Heidegger's work and played a key role in Heidegger's reception in France. The four volumes of Dialogues avec Heidegger were published between 1974 and 1985.

Martin Heidegger (1889-1975), who became famous for his theories of being and human nature, is considered one of the most original and influential philosophers of the 20th century. 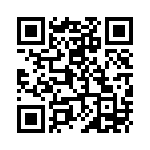