Peter Howlett is an expert on the economic history of the First and Second World Wars and contributed the text for the official history: Fighting with Figures. Dr Howlett's publications also explore international economic growth and convergence since 1870 and the development of internal labor markets and have appeared in edited volumes and journals such as the Economic History Review, Explorations in Economic History and Business History. He teaches at the London School of Economics and is Secretary of the Economic History Society.

Mary S. Morgan is Professor of History and Philosophy of Economics at the London School of Economics and the University of Amsterdam. She has published widely on topics ranging from statistics to experiments to narrative, and from social Darwinism in late-nineteenth-century America to game theory in the Cold War. Her major works include The History of Econometric Ideas (Cambridge, 1990), The Foundations of Econometric Analysis (Cambridge, 1995, co-edited with David F. Hendry), and Models as Mediators (Cambridge, 1999, co-edited with Margaret Morrison). Professor Morgan's account of scientific modeling is forthcoming in The World in the Model. She is currently engaged in the research project 'Re-Thinking Case Studies Across the Social Sciences' as a British Academy-Wolfson Research Professor. 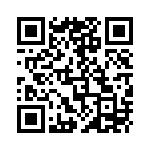