Dever provides a view of folk religion of Ancient Israel through the lens of archaeology and other source texts, including the Hebrew Bible. He makes a distinction between "Book Religion" (initiated ... Read full review 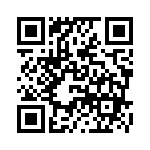