The Original Curse is Sean Deveney's debut and his maturity as a writer is on full display as the book progresses. Yet the first few chapters are dull, and the text requires patience. The thesis ... Read full review

Deveney's book put me in the mood for baseball, and it is only January. You can never have too much baseball in January as it eases the winter depression with thoughts of summer afternoons and glasses ... Read full review

Sean Deveney has been with The Sporting News since 1999, covering all major sports. Deveney has covered dozens of major championships: the NBA Finals, World Series, Super Bowl, the NCAA Tournament, college football's championship game and the PGA championship. He has written about icons such as Michael Jordan and Tiger Woods, and less-than-iconic topics including Roger Clemens and the inside world of sports agents. He is the Sporting News' baseball insider. After graduation from Northwestern University in 1997, Deveney worked as the sports editor for The Sentry-News in Slidell, LA, where he won a Louisiana Press Association award for best feature story. A native of Lynn, Mass., who grew up with a passion for the Red Sox and limited talent as a second baseman, Deveney also has been honored in The Best American Sports Writing anthology for a story about Pedro Martinez. He has been a regular guest on ESPN2's First Take, ESPN Classic, Comcast Sports Chicago Tribune Live, with appearances on Fox News, CNN, CBS and MSNBC. He appears on numerous radio shows around the country each week. 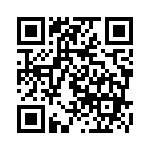