I found this book to be very helpful in laying out the myths of perception we in the west have about Iran. This book gives a concise grounding in the history of Iran, as a pawn in great power ... Read full review

Nathan Gonzalez is founder of NationandState.org, an open-source foreign policy think tank. He has published several academic papers on U.S.-Iranian relations and is a regular contributor to various blogs and opinion publications. In 2002, he received a prize from the University of California, Los Angeles for his research on Iraq, in which he predicted that a U.S. invasion would bring about massive sectarian strife, pervasive anti-Americanism in Iraq, and a stronger Iran. Gonzalez holds a bachelor's degree in political science from UCLA and a master of international affairs from Columbia University. 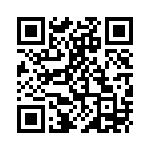