An influx of monsters causes chaos in the action-packed second fantasy in Bolender’s Chronicles of Amicae (after City of Broken Magic). The truth is out about the infestations of ravenous ... Read full review

MIRAH BOLENDER graduated with majors in creative writing and art in May 2014. A lifelong traveler, she has traveled and studied overseas, most notably in Japan, and these experiences leak into her work. Her debut novel, and first in her Amicae Chronicles, is City of Broken Magic. She currently lives in Milwaukee, Wisconsin. 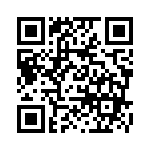