Very good for its time, which is said not in trendy preference for the modern but with a recognition of the inevitable -- ahem -- challenges presented to the Victorian Lang by some of the racier lines ... Read full review

Page 329 - are pure. Thus hath the eagle honour of the Aegis-Bearer. To the children of pious fathers belong the good things rather than to those that come of impious men. All hail to Dionysus, whom most high Zeus took forth from his mighty thigh and laid down in snowy Dracanus ; and all hail to beauteous
Appears in 5 books from 1912-2001
Page 181 - You may cry as much as you like ; I'm not going to have you lamed for life,
Appears in 30 books from 1864-2003
More
Page 377 - STAND and look at Archilochus, the old maker of iambic verse, whose infinite renown hath spread both to utmost east and furthest west. Sure the Muses and Delian Apollo liked him well, such taste and skill had he to bring both to the framing of the words and to the
Appears in 5 books from 1912-1940
Page 27 - So shine me fair, sweet Moon ; for to thee, still Goddess, is my song, to thee and that Hecat infernal who makes e'en the whelps to shiver on her goings to and fro where these tombs be and the red blood lies. All hail to thee, dread and awful Hecat
Appears in 5 books from 1912-2003
Page 103 - and the tree-frog murmured aloof in the dense thornbrake. Lark and goldfinch sang and turtle moaned, and about the spring the bees hummed and hovered to and fro. All nature smelt of the opulent summer-time, smelt of the season of fruit. Pears lay at our feet, apples on either side, rolling abundantly, and the young branches lay splayed upon the ground because of the weight of their damsons.
Appears in 7 books from 1912-2007
Page 191 - plashing wave the shore doth lave, and there with locks undight And bosoms bare all shining fair will raise this shrilling lay :— " O sweet Adonis, none but thee of the children of Gods and men
Appears in 5 books from 1912-2003
Page 187 - How realistically the things all stand and move about in it ! they're living! It is wonderful what people can do. And then the Holy Boy ; how perfectly beautiful he looks lying on his silver couch, with the down of manhood just showing on his
Appears in 4 books from 1912-1976
Page 199 - byres of the Scopads, and ten thousand were the fine sheep that the shepherds of the plain of Crannon watched all night for the hospitable Creondae ; but once all the sweet
Appears in 5 books from 1912-1942
Page 65 - You'll sing better sitting under the wild olive and this coppice. There's cool water falling yonder, and here's grass and a greenbed, and the locusts at their prattling.
Appears in 5 books from 1912-2006
Page 447 - CRY me waly upon him, you glades of the woods, and waly, sweet Dorian water ; you rivers, weep I pray you for the lovely and delightful Bion. Lament you now, good orchards ; gentle groves, make you your moan ; be your breathing clusters, ye flowers, dishevelled for grief. Pray roses, now be your redness sorrow, and yours sorrow, windflowers ; speak now thy writing, dear
Appears in 4 books from 1912-2004
Less 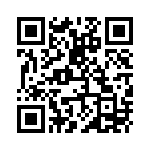