Rise of Mormonism by Rodney Stark nice analysis of the rise of mormonism I like R.Stark, i've read several of his books, they are all very good and extremely insightful. I have a long term interest in ... Read full review

Rodney Stark is University Professor of the Social Sciences at Baylor University. He is the author of more than twenty books, including For the Glory of God and Exploring the Religious Life.Reid L. Neilson is the author and editor of several books on Mormonism. He is currently a doctoral candidate in religious studies at the University of North Carolina at Chapel Hill. 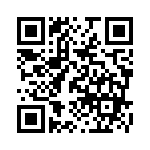