Sanford M. Jacoby is Professor of History, Management, and Public Policy at the University of California, Los Angeles. He is the author of Employing Bureaucracy: Managers, Unions, and the Transformation of Work in American Industry, and the editor of Masters to Managers: Historical and Comparative Perspectives on American Employers and Workers of Nations: Industrial Relations in a Global Economy. 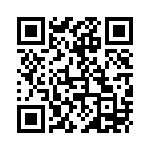