When I first picked up Occult Traditions, I was not sure what to expect – I had high hopes that this would not be yet another publication on the same material which is rife in the field of Esoteric/Occult Studies. I was pleasantly surprised; the content of Occult Traditions went far above and beyond my initial expectations. Finally we have here a collection of works which has surpassed the precedents set by Crowley and contemporary witchcraft to present a new and in depth approach to the Occult. The manner in which topics are approached is both mature and fresh, offering opinions which are useful to both scholars and practitioners alike. Of special interest to the reader is the editor/author Damon Lycourinos’s approach to the whole topic. The way in which magick is addressed is from a Traditional standpoint in the regard that he has chosen to write from within the perspective of an established Occult Tradition, but has also successfully thrown new and fresh ingredients into his work to create a strong and intoxicating literary potion.
Those who have an interest in sex magick will be astounded to see Lycourinos address this topic in a new and scholastic manner without recourse to authors such as Crowley and Gardner (the founder of Wicca). This could well lead to a new and revolutionary approach to the problems of an old topic. His in-depth treatise of the Greek Magical Papyri is also of importance. Other notable articles within the collection are Aaron Cheak’s article on alchemy, Gwendolyn Toynton’s piece on the history of augury, and Ionnis Marathakis works on incenses and the Grimoires. Christopher A. Smith’s essay on Icelandic magic is also worth noting, and is of special interest to those who enjoy the Northern Traditions. Overall, this is a fascinating assembly of different topics, written by experts in their respective fields. If there is one book which promised success in the arcane arts, Occult Traditions is it and it is the ‘must have’ book for the library of every serious student of magic.
If you buy one occult book this year, make sure it is this one. I have seen the future of magic in the western world, and this is it. Hail Thoth!
Conjuring Magical Assistants in the Greek Magical Papyri - Damon Zacharias Lycourinos
The Spell of Pnouthis as a Mystery Rite in the Greek Magical Papyri - Damon Zacharias Lycourinos
Waters Animating and Annihilating Apotheosis by Drowning in the Greek Magical Papyri - Aaron Cheak
The Hierarchical Cosmos Occult Theology as a Direct Continuation of Neoplatonism - Christopher A. Plaisance
From Roots to Fruits: A History of the Grimoire Tradition - David Rankine
A Source of the Key of Solomon- The Magic Treatise or Hygromancy, or Epistle to Rehoboam - Ioannis Marathakis
The Icelandic Tradition of Magic: Analysis of a Late-Eighteenth Century Icelandic Galdrabók - Christopher A. Smith
From Conjuror to Philosopher: A Comparative Analysis of Medieval and Renaissance Angel Magic - Christopher A. Plaisance
Dining with the Dead: A Canaanite View of Death and Necromancy: Tess Dawson
Composite Incenses and Incense Attributions: A Historical Survey - Ioannis Marathakis
The Science of Omens: Divining the Will of the Gods - Gwendolyn Toynton
Seth, the Red One of Chaos and Equilibrium - Damon Zacharias Lycourinos
Evolian Sex, Magic, and Power - Damon Zacharias Lycourinos
Wizards at War: Buddhism and the Occult in Thailand - Gwendolyn Toynton
Woman was the Altar: The Wiccan Great Rite: Sex, Tea, and Religion - Sorita d’Este
Treading the Spiral Maze: Changing Consciousness in Wiccan Ritual - Melissa Harrington
Akephalos Being an Attempted Restoration of the Rite of the Headless One, according to the Stele of Jeu the Hieroglyphist - Matthew Levi Stevens
The Holy Guardian Angel: A Golden Thread in the Tapestry of Being and Becoming - Companion Abraxas
The Eucharistic Feast of Agathodaimon - Companion Abraxas 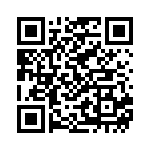