This is not a tremendously reliable source. It is nice to have a litany of ethno-linguistic groups in one place, but the accumulation of mistakes adds up to rather sloppy scholarship. In addition, the references cited are not the most reliable -- travellers, National Geographic, and decades old research about the same ethnic groups in other parts of the region (e.g., SE Asia). I would recommended it only as a starting point for a non-expert in the area -- and ONLY as a starting point. In addition, I'm told by scholars of China that the transliteration of Chinese words is irregular (inaccurate and not standardized). Finally, based on my reading of their contribution on the Lisu, the group I know best, it's full of old Chinese canards about those 'others' over there. Not recommended.

JAMES S. OLSON is Distinguished Professor of History and Chair of the Department of History at Sam Houston State University. He is the author of more than 25 books on U.S. and world history, including his most recent Historical Dictionary of the British Empire (Greenwood, 1996) and The Peoples of Africa: An Ethnohistorical Dictionary (Greenwood, 1996). 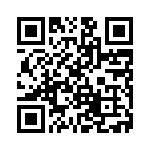