One thing needs to be perfectly clear about this book: Fanon was not a neutral observer evaluating the politics of colonial Algeria. He was an intensely interested party - despite being from ... Read full review

Frantz Fanon was born in Martinique in 1925 and studied medicine in France, specializing in psychiatry. He was sent to a hospital in Algeria, where his sympathies turned toward the Algerian Nationalist Movement, which he later joined. He is considered this century's most important theorist of the African struggle for independence. 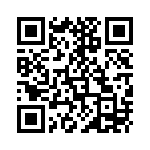