Gunnar Eliasson is professor em of Industrial Economics/Dynamics at the Royal Institute of Technology (KTH) in Stockholm . He is an associate senior researcher at the Ratio Institute in Stockholm. He was previously president of the Industrial Institute for Economic and Social Research (IUI) in Stockholm and before that Chief Economist and Director of the Economic Policy Department at the Federation of Swedish Industries. From 1994 to 1996 he was the President of the International Joseph A. Schumpeter Society. He is the father of the Swedish micro to macro simulation model MOSES and the theory of the Experimentally Organized Economy and of Competence Blocs. He has published many books and many journal articles in the fields of industrial economics, the theory of the firm, business economic planning and management, labor and education economics and simulation modeling. Among the books can be mentioned Business Economic Planning (1976), Technological Competition and Trade in the Experimentally Organized Economy (1987), The Knowledge Based Information Economy (1990) , Firm Objectives, Controls and Organization (1996) and The Birth, the Life and the Death of Firms (2005).

Together with his wife Ulla he has authored a study on the 15th century art markets in Northern Italy and Florence (1997).

Gunnar Eliasson ́s current research is focused on the economics of the firm and management, technology, entrepreneurship and economic development and on the competence demands on the labor markets of the New Economy. 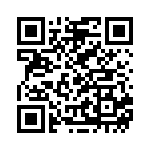