Try the new Google Books
Check out the new look and enjoy easier access to your favorite features
Try it now
Buy eBook - $13.79

Zelda Fitzgerald: her voice in paradise

This rather controversial biography reveals Zelda Fitzgerald's life as a complexity of "voices," from Southern belle who married F. Scott Fitzgerald and was taken to New York where suddenly she was ... Read full review

A great, well researched bio that casts Zelda Fitzgerald in light of her own. Her time and her place cast her always in her husband's shadow. Was she always a madwoman, or did life in that eclipse ... Read full review

The author of several books, Sally Cline is the recipient of an Arts Council Writers Award (1995) for outstanding literary merit for her work on this book and a Harry Ransom Research Center Fellowship for her work on her forthcoming biography of the novelist Radclyffe Hall. She was for many years Co-Course organizer for Women's Studies at Cambridge University. 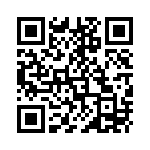