This is a powerful biography of a young woman and her influence in world history. Sad, due to her early death. Joyful in her personality description. Informative, concerning the amount of influence she had in the English maintaining a presence in the New World. Read full review

hey karina te boy amandar esto cause you need it for you homework...

Grace Steel Woodward (1899-1987) was the author of numerous books, including The Cherokees and Pocahontas. 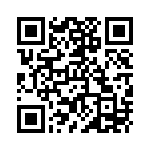