Book published 18 years ago, and sadly, it's only today as I do research did I REALLY notice it. I'd seen it before but barely spared it a glance. The few pages I've read so far captivated me; doing research on the great Chief Aghurubw.

A psychologist and author of several books.

William Flood is a freelance historian and researcher interested in 20th-century commercial culture. He has written numerous articles on subjects such as Route 66 and the National Road, roadside architecture, tiki culture, and 1950s modernism. He became fondly acquainted with Whitehall through his wife, who has been a teacher in the community since their arrival in Ohio. Flood is a member of the National Trust for Historic Preservation, the Ohio History Connection, and the Whitehall Historical Society. Images of America: Whitehall draws upon Flood's personal collection, along with resources from the Whitehall community. 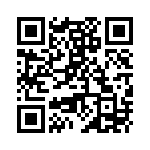