J.P.D. Dunbabin, formerly Reader in International Relations at Oxford University, has published over a wide range of topics including British and international history, The League of Nations and the United Nations. 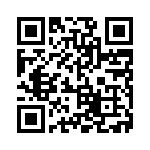