Nancy A. Vamvakas is an assistant professor in the Department of Political Science at the University of Western Ontario. 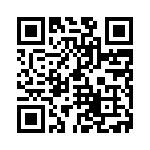