A massive undertaking, not always properly documented and so is prone to errors. A glaring example of this is on page 140, with regard to: Duckworth-Ford, Robert Geoffrey Alexander. The name itself is an error, inasmuch as the, "Geoffrey," portion was added and does not appear in any documented locations with the exception of the source cited by J. J. Halsema in an article from 1982 taken from the Bulletin of the American Historical Collection, Manila. That particular secondary resource article is itself full of an incredible amount of errors, despite the fact that it has a bibliography of primary sources. Duckworth-Ford's name should be: Robert Alexander Duckworth-Ford. Also, taken from J.J. Halsema's article from the BAHC was the fact that Ford attended the University of the Aberdeen. A check of that institution's records show that he did not attend that institution under the name mentioned nor other names that Duckworth-Ford is known by, of which there are two others of record. With such a massive undertaking, errors are expected, but back-checking of sources should have been undertaken in this instance. -- Alex Ford

My grandfather, Sam Durham, was one of five people to found the University of the Phillipines, Los Banos; He is not in the book.

DAVID SHAVIT is Associate Professor of Library and Information Studies at Northern Illinois University. He is the author of The United States in the Middle East: A Historical Dictionary (Greenwood, 1988), The United States in Africa: A Historical Dictionary (Greenwood, 1989), and The Politics of Public Librarianship (Greenwood, 1986). His articles have appeared in such journals as The Journal of Library History, Library Journal, Public Library Quarterly and Library Quarterly. 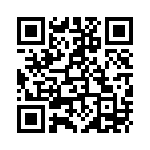