I bought this because of the illustrations but it also seems to be pretty much the original story by Frank Baum ....with a few variations. Hmm come to think of it there are a lot of variations. For ... Read full review

Dorothy, blown away by a cyclone, tries to find the Wizard of Oz, who people say has a great power. She finds him, but he is not a wizard, but only a blown away balloonist. You can find a solution under your feet. Read full review

Lyman Frank Baum was born in Chittenango, New York in 1856 and had seven brothers and sisters. Until the age of twelve Baum was privately tutored at home and in 1869 he spent two years at a military academy. After various jobs including journalist and actor, Baum wrote his first novel Goose in Prose in 1897. He went on to write over sixty books, including, in 1900, his most famous novel, The Wonderful Wizard of Oz. L. Frank Baum was married with four children and died in 1919. 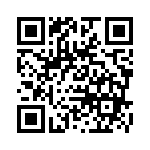