Haruhiko Kindaichi, one of Japan's most famous linguists, is professor of Japanese at Jochi (Sophia) University, Tokyo. He is a well-known radio and television personality, having won the Cultural Broadcasting Award in 1977. A graduate of Tokyo University, he has published numerous books on Japanese linguistics, of which this is the first to be translated into English. His father, Kyosuke Kindaichi, also a linguist, was noted for his pioneering studies of the Ainu language.

Umeyo Hirano, the translator, is a graduate of the University of Hawaii and Ryukoku University in Kyoto. For many years a professor of English at Kyoto Woman's College and Osaka City University, she has lectured on Japanese language and literature at Columbia University. Her previous translations include Tsutsumi Chunagon Monogatari and Kurata's Shinran. 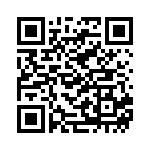