The death of Paulin Loupias (April 1910).
Mr.Carnney who has written so much about Rwanda in recent years,is unaware that most of what we know about Rwanda comes from Belgian carefully prepared propaganda,that was designed to hide their atrocities in their African colonies.We strongly recommend two books to Mr.Carney before he writes any further on Rwanda.The Ghosts of King Leopold (for the Congo) ,and Les Premiers voyages de Mgr.Hirth (for Rwanda).
This is very typical of the Anglophone scholars who have inadvertently allowed themselves to be used as mule for pushing Belgian colonial deceptions that were designed to conceal their barbaric activities in Rwanda,Burundi and the Congo.These scholars include: Catherine Newbury,Allison DesForges,Ian Linden,and so many others.
Here I will make few comments on the death of Paulin Loupias,a zealot/lunatic French catholic priest who was killed by a local chief named Rukara rwa Bishingwe.Rukara was appointed by the King and as a result he had acquired a large herd of cattle numbering about 1600.This made him a member of Rwanda's privileged upper class,and there is no way that he would jeopardize his position by disobeying the King's orders no matter how he disagreed with him.What is so strange about this case,is the fact that it is only from catholic church reports that we hear that Chief Rukara had issues with the King,but not with Loupias.The truth is that Chief Rukara had very serious issues with Loupias,who was nicknamed "Rugigana" for his impulsive behavior.Chief Rukara and Loupias had crossed pass before,and had exchanged angry words.This is the truth that the Catholic church is still hiding.
There are many versions of this tragic incident which could have been easily avoided if the priests tried to stick to preaching and stop meddling in local affairs.Why so many versions? Someone is lying and we know who it is. The catholic church. The most practical account of this event involves the Chief and two of his servants after he confiscated few heads of cattle from them following a breech of contract.The servants knowing that Loupias had once a few bad words with the Chief,began to attend his church and then complained to him about the loss of the forfeited property.Loupias took it upon himself to recover the cattle.He proceeded to the Chief's residence and demanded the return of the cattle.Those who were there started laughing at the priest who did not know or care what had happened between Rukara and his servants.And of course the Chief knew very well that the priest had no authority whatsoever to make any demands. Loupias put his hand on the Chief,and those who were there attacked the priests and killed him instantly.
Local courts were convened and quickly concluded that the priest got what he deserved.The church complained to the Germans who concurred with local court.The Germans agreed to review the case, but the church refused to participate,demanding instead the Chief's blood,stating that if Loupias was not avenged,Rwandans will kill all the Europeans.The Germans agreed to put Chief Rukara under arrest,but fearing that he will never get justice,he fled to northern Rwanda where a band of outlaws were hiding.For two and a half years,Germans with their Tanzanian soldiers followed Rukara and finally caught up with him.While being taken to be publicly humiliated and hanged for defending himself,though he was handcuffed,he managed to grab a bayonette from one of the Tanzanian soldiers in front of him and plunged it through his shoulder,and then did the same to another soldier behind him.In Rwandan culture,that is a real hero,who killed two soldiers while in chains.He also shattered European myths that "Bazungu (Europeans)" possessed magic powers that made them defy death.
If Mr.Carney wants to conduct his own investigation,he should do so if he wants to learn the truth.
Israel Ntaganzwa

J.J. Carney is Assistant Professor of Theology at Creighton University, Omaha, Nebraska. His research and teaching interests engage the theological and historical dimensions of the Catholic experience in modern Africa. He has published articles in African Ecclesial Review, Modern Theology, Journal of Religion in Africa, and Studies in World Christianity. 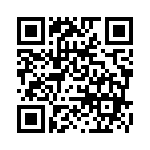