A commercial photographer who began publishing for fashion magazines in the early 1920s, Paul Outerbridge (1896-1958) had work featured in a wide range of national publications, including Vogue ... Read full review

Paul Martineau is assistant curator in the Department of Photographs at the J. Paul Getty Museum. 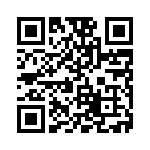