Pioneering feminist work bogged down by its emotionally distant atmosphere, without any room for complete immersion nor resonance, The Awakening tells the frustrating ambivalence and wavering desire ... Read full review

I came across this book when my nephew was reading it for school. First published in 1899, the book was famous (notorious) for its sympathetic portrayal of a woman in a loveless marriage who strays ... Read full review 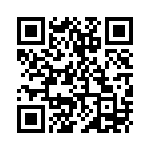