"An Unquiet Mind" is an important, honest, and interesting book, but I'm not sure it's an entirely successful book. The author presents a kind of psychological autobiography here, tracing the ... Read full review

Dr. Jamison is a clinical psychologist and professor at Johns Hopkins University. She also has struggled with bipolar disorder (otherwise known as manic-depression) for her entire life. Her topic of ... Read full review

Kay Redfield Jamison is the Dalio Family Professor in Mood Disorders and Professor of Psychiatry at the Johns Hopkins University School of Medicine. She is codirector of the Johns Hopkins Mood Disorders Center and a member of the governing board of the National Network of Depression Centers. She is also Honorary Professor of English at the University of St. Andrews in Scotland and the author of the national bestsellers An Unquiet Mind and Night Falls Fast, as well as Touched with Fire, Exuberance, and Nothing Was the Same. Dr. Jamison is the coauthor of the standard medical text on bipolar illness, Manic-Depressive Illness: Bipolar Disorders and Recurrent Depression, and the recipient of numerous national and international literary and scientific honors, including a MacArthur Award. In 2010 she married Thomas Traill, a cardiologist and Professor of Medicine at Johns Hopkins. 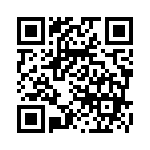