I found much of this book to be extremely interesting, as I enjoy anything that deals in psychological inquiries. I enjoyed the earlier chapters that dealt with evolution, altruism, cooperation and ... Read full review 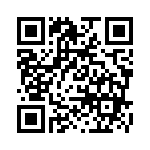