William Bowden is the Packard Research Fellow in the School of World Art Studies and Museology at the University of East Anglia. He is co-editor of The Sixth Century: Production, Distribution and Demand. 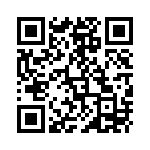