Interesting diary following a young man's experiences during the Civil War as he moves from a private to an officer. Gives personal experiences of the war and some of the politics of the time. Read full review

I am very impressed. My book was to me in plenty of time and everything was outstanding. Keep up the good work. Read full review

Elisha Hunt Rhodes was born in Cranston, Rhode Island, in 1842. He enlisted as a private in the Union Army in 1861. Four years later, he left the army as a twenty-three-year-old colonel, having fought in every campaign of the Army of the Potomac from Bull Run to Appomattox. After the war, he returned to his home state of Rhode Island and became a successful businessman. He remained active in military and veteran affairs, serving as the Brigadier General of the Brigade of Rhode Island Militia from 1879 to 1893 and acting as president of the Second Rhode Island Volunteers and Battery A Veterans Association. Rhodes died at the age of seventy-five on January 14, 1917. 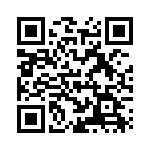