To be honest, I can barely recall this one (so have given it 3 stars. If I really liked it, I'd remember, if it was really disappointing, I'd remember). I do remember the main character was called ... Read full review

' "I do think, myself," I added, "that a girl should shoot her own rapists." ' In "Nights at the Circus" by Angela Carter Then I thought about it from a different angle. This is a novel written by ... Read full review

A powerful and disturbing writer, Angela Carter created haunting fiction about travelers surviving their passage through a disintegrating universe. Often based on myth or fairy tale-borrowed or invented for the occasion-her work evokes the most powerful aspects of sexuality and selfhood, of life and death, of apocalypse. Carter's most successful novels include The Magic Toyshop (1967), which received the John Llewellyn Rhys Prize and Several Perceptions (1968), winner of the Somerset Maugham Award. The Passion of New Eve (1977), a story of the end of the world and its possible new beginning with failed mankind replaced by a self-generating womankind. She translated many fairy tales and wrote several collections of short stories, including The Bloody Chamber (1979) which won the Cheltenham Festival of Literature Award and was the basis for the powerful movie A Company of Wolves. She worked as a journalist and as a professor at Brown and the University of Texas. She published two nonfiction books of interest: Nothing Sacred, selected writings, and The Sadeian Woman (1979). 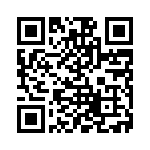