Filipe Ribeiro de Meneses is lecturer in Spanish and Portuguese history at the National University of Ireland, Maynooth. 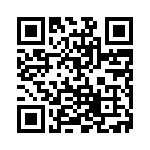