James E. Birren is currently Associate Director of the Center on Aging at the University of California, Los Angeles, and serves as an adjunct professor in medicine, psychiatry, and biobehavioral sciences. He is also professor emeritus of gerontology and psychology at the University of Southern California. Dr. Birren's previous postions include service as Chief of the section on aging of the National Institute of Mental Health, founding Executive Director and Dean of the Ethel Percy Andrus Gerontology Center of USC, founding Director of the Anna and Harry Borun Center for Gerontological Research at UCLA, and President of the Gerontological Society of America, the Western Gerontological Society, and the Division on Adult Development and Aging of the American Psychological Association. Dr. Birren's many awards include the Brookdale Foundation Award for Gerontological Research, the Sandoz prize for Gerontological Research, and the award for outstanding contribution to gerontology by the Canadian Association of Gerontology. Author of over 250 scholarly publications, Dr. Birren has research interests including how speed of behavior changes with age, the causes and consequences of slowed information processing in the older nervous system, the effect of age on decision-making processes, and the role of expertise in skilled occupations. He has served as a delegate to several White House Conferences on Aging and continues to have a strong interest in developing national priorities for research and education related to issues of aging.

Dr. Rattan is head of the Laboratory of Cellular Ageing, Department of Molecular Biology and Genetics, Aarhus University, Denmark. He is an internationally renowned biogerontologist with more than 30 years of experience in research, teaching, scientific writing and public communication. He is one of the pioneers for the testing and application of hormesis in ageing research and interventions. His research expertise include elucidating the molecular mechanisms of human cellular ageing, with respect to protein synthesis, modifications and turnover. He is the discoverer of the ageing-modulatory effects of kinetin and zeatin, which are now used in several skin care products. He has published more than 250 original research papers and reviews in international journals and books. He has extensive experience and success in compiling and editing/co-editing 15 books for various publishers. He is the founder and current Editor-in-Chief of the journal Biogerontology. He is also the author of popular science books for children in several languages, including English, Punjabi and Danish

Victor W. Marshall is Professor of Behavioral Science at the University of Toronto and Director of its Centre for Studies of Aging. He served from 1990 to 1995 as Network Director of CARNET, the Canadian Aging Research Network, a Canadian federally funded nationwide Network of Centres of Excellence. Professor Marshall is a fellow of the Gerontological Society of America and a founding member of the Canadian Association on Gerontology. He was Editor-in-Chief of The Canadian Journal on Aging for five years and is now on the Executive Board of the Encyclopedia of Gerontology and the Editorial Boards of the Journal of Aging and Health and Ageing and Society. More than 100 publications report his work from a broad social science perspective rooted in sociological training. His work has covered such diverse aspects of aging as the family, long-term care, public policy, and death and dying, but it currently focuses on social theory of aging, independence and aging, and aging in relation to work and the life course. He directs a large multidisciplinary research program in the latter area funded by the Canadian government.

Thomas R. Cole's book The Journal of Life: A Cultural History of Aging in America (Cambridge, 1992) was nominated for a Pulitzer Prize. Another of his works, The Oxford Book of Aging (1994), for which he was senior editor, was noted as one of the most memorable books of 1995 by The New Yorker. Dr. Cole is Professor and Graduate Program Director at the Institute for Medical Humanities, University of Texas Medical Branch in Galveston. He is a graduate of Yale University (B.A. Philosophy, 1971), Wesleyan University (M.A. History, 1975), and the University ofRochester (Ph.D. History, 1981). Dr. Cole is a Fellow of the Gerontological Society. He has served as Chair of the GSAs Humanities and Arts Committee, on the editorial boards of The Gerontologist, Generations, and Journal of Aging and Health and reviews manuscripts for Ageing and Society. Dr. Cole has published many articles and books on the history of aging and humanistic gerontology. He is senior editor of What Does It Mean to Grow Old? (Duke, 1986), the Handbook of Humanities and Aging (Springer, 1992), and Voice and Visions: Toward a Critical Gerontology (Springer, 1993).

Edward J. Masoro was the recipient of the 1989 Allied-Signal Achievement Award in Aging Research. In 1990, he received the Geriatric Leadership Academic Award from the National Institute on Aging and the Robert W. Kleemeier Award from the Gerontological Society of America. In 1991, he received a medal of honor from the University of Pisa for Achievements in Gerontology. In 1993, Dr. Masoro received the Distinguished Service Award from the Association of Chairmen of Departments of Physiology. He received the 1995 Irving Wright Award of Distinction of the American Federation for Aging Research and the 1995 Glenn Foundation Award. He served as the President of the Gerontological Society of America from 1994-1995, as the Chairman of the Aging Review Committee of the National Institute on Aging (NIA), and as Chairman of the Board of Scientific Counselors of the NIA. Dr. Masoro received his Ph.D. from the University of California at Berkeley. He has held faculty positions at Queens University (Canada), Tufts University School of Medicine, University of Washington,and Medical College of Pennsylvania. From 1973 through May 1991, he served as Chairman of the Department of Physiology at the University of Texas Health Science Center at San Antonio. He presently continues his duties as Professor in the Department of Physiology and is the Director of the newly created Aging Research and Education Center. On April 1, 1996, he became Professor Emeritus. Dr. Masoro was a Wellcome Visiting Professor in Basic Medical Sciences for the 1992-1993 Academic Year. His research has been in lipid metabolism, cold exposure, membrane biochemistry, and biological gerontology. Since 1975, Dr. Masoros research has focused on the influence of food restriction on aging. He has or is serving in an editorial role for ten journals, and in January 1992, he became the Editor of the Journal of Gerontology: Biological Sciences.

K. Warner Schaie holds an appointment as Affiliate Professor of Psychiatry and Behavioral Sciences at the University of Washington. Hw is also the Evan Pugh Professor Emeritus of Human Development and Psychology at the Pennsylvania State University. He received his Ph.D. in clinical and developmental psychology from the University of Washington, an honorary Dr. phil. from the Friedrich-Schiller University of Jena, Germany, and an honorary Sc.D. degree from West Virginia University. He received the Kleemeier Award for Distinguished Research Contributions and the Distinguished Career Contribution to Gerontology Award from the Gerontological Society of America, the MENSA lifetime career award, and the Distinguished Scientific Contributions award from the American Psychological Association. He is a past president of the APA Division of Adult Development and Aging and currently represents that Division on the APA Council of Representatives. He is author or editor of more than 60 books including the textbook Adult Development and Aging (5th edition, with S. L. Willis) and of all previous editions of the Handbook of the Psychology of Aging (with J. E. Birren or S. L. Willis). He has directed the Seattle Longitudinal Study of cognitive aging since 1956 and is the author of more than 300 journal articles and chapters on the psychology of aging. His current research interest is in the life course of adult intelligence, its antecedents and modifiability, the impact of cognitive behavior in midlife upon the integrity of brain structures in old age, the early detection of risk for dementia, as well as methodological issues in the developmental sciences.

Dr. Gloria Gutman, Immediate Past President of the International Association of Gerontology, developed and directs the Gerontology Research Centre and is Professor Emeritus in the Gerontology Department at Simon Fraser University, in Vancouver, Canada which she also developed. Dr. Gutman served as the 17th President of the International Association of Gerontology from 2001-2005. Dr. Gutman is the author/editor of twenty books and over 200 scholarly articles, reports, and conference papers. She has been a consultant to the Ministry of Lands, Parks and Housing in B.C., the Continuing Care Division of the B.C. Ministry of Health and to Health Canada. She has served on a number of federal-provincial task forces, including one which established guidelines for comprehensive services for the psychiatrically impaired elderly, and one which developed design guidelines for housing and care facilities for the elderly. Dr. Gutman's research interests are wide-ranging; they include seniors' housing, long term care, health promotion, dementia care and environmental design. 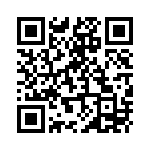