Hugh wrote and self-published his first young adult novel, Molly Fyde and the Parsona Rescue. The Molly Fyde series won rave reviews and praise from readers but it was the release of Woolthat made his career take off. 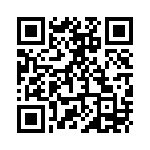