Bernard Bachrach is an expert in the field of medieval history. He cites over 150 different sources in this text making it a reputable source for academics. The text can seem dense at times and difficult to read, but that is simply because of the amount of information contained within it. It does require the reader to have a decent amount of background knowledge to the history of the time period. The subject matter in itself is rather controversial since historians remain divided on the tactics of the early Carolingians, however Bachrach provides more than enough evidence to prove his case. The only real complaint of the text, and it is a small one, is that there is not as much of a reference given to the reign of Charlemagne. The author seems to abruptly stop right before his reign. This does not take away from the quality of the book however. I would highly recommend it to any graduate students looking for a source.

Bernard S. Bachrach is Professor of History at the University of Minnesota. Among his recent books are Fulk Nerra, the Neo-Roman Consul, 987-1040; Merovingian Military Organization, 481-751; and State-Building in Medieval France: Studies in Early Angevin History. 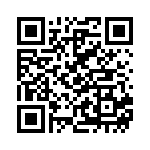