John G. Kelcey is not an academic but a practitioner of the art of managing natural resources. After graduating in Botany and Geology from the University of Manchester, Britain, he was appointed the ecologist and eventually also the Linear Parks Manager of the new city of Milton Keynes, the first such appointment in Britain. Subsequently he became an ecological consultant and advisor and carried out ecological assessments of major development projects including major road schemes, housing, commercial and retail developments, mainly in urban areas. During this time he was a member of nine professional institutions and several learned societies throughout Europe. 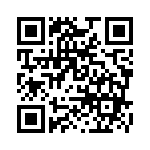